GYCO Academy strives to empower and promote the social, economic and political inclusion of all, irrespective of age, sex, disability, race, ethnicity, origin, religion or economic or other status

The Art & Education Center is a meeting place for the post-war generation in Northern Uganda. It is a center for young people to be trained in the fields of art, personal development and leadership. The center also offers courses in crafts, agriculture and architecture. All participants of the training programs are equipped with the skills they need to build their own future. The GYCO Academy team gets trained by coach training specialists from Erickson International. With this training the GYCO Academy team members become themselves coaches so that they can support the personal development of even more young adults.

Goals of the GYCO Academy Art and Education Center

Mission of the GYCO Academy Art and Education Center

Through the GYCO Academy Art and Education Center, we support local GYCO Academy youth leaders (nine at present, who have taken the first steps towards becoming the driving force for change in their respective communities) in their work with Northern Ugandan youth on a local day-to-day basis. In particular, we aim co contribute to the UN Sustainable Development Goals 4.7 (Quality Education), 5 (Gender Equality) and 10.2 (Reduced Inequalities), and create a measurable and visible impact that can be audited by independent auditors at any point in time. 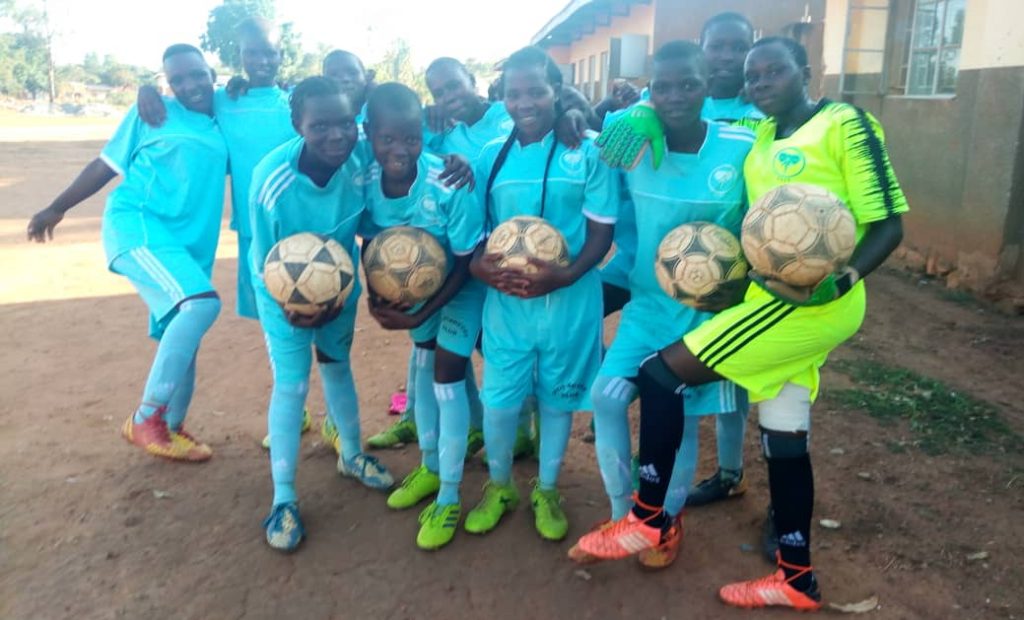 Another important project for uplifting women is the GYCO Girls Soccer Club. The Soccer Club supports young women in their personal development by promoting their self confidence and helps to further reduce gender inequality.`

GYCO Academy Girls Soccer Club is one permanent initiative to communicate and promote GYCO Academy’s vision and mission in the region by having the soccer girls be our ambassadors. This is an initiative that is atypical for the region and therefore highly eye-catching. In this way we create a waterfall effect, thus attracting even more young people to participate in the GYCO Academy initiatives.

Through the GYCO Academy Girls Soccer Club, we support local female youth, who have taken the first steps towards becoming the driving force for change in their respective communities in their work with Northern Ugandan youth on a local day-to-day basis.. In particular, we aim to contribute towards the UN Sustainable Development Goals 5 (Gender Equality) and 10.2 (Reduced Inequalities) and thus ensure a measurable and visible impact that can be audited by independent auditors at any point in time.

Our next steps for the GYCO Academy Girls Soccer Club

We are looking for a conservation sponsor with a long-term commitment to continuous operations and a permanent equipment supplier for the necessary equipment (e.g. soccer boots, dresses, uniforms) for the GYCO Academy Girls Soccer Club. This is designed to ensure the ongoing operation of the club and thus the transport of the GYCO Academy’s message in the long term. 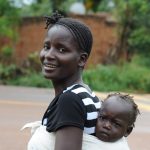 Uganda’s society is still characterized by widespread inequality between men and women. That is ehy GYCO places particular emphasis on supporting the development of tyoung women and promoting their skill and knowledge acquisition. Young mothers receive coaching in their own personal development as well as in issues pertaining to fami;y and eduaction. With this training the girls should become better leaders and excel in their fields of talent. GYCO created a safe place where girls and children can relate with one another.

Achieving a mind shift through coaching 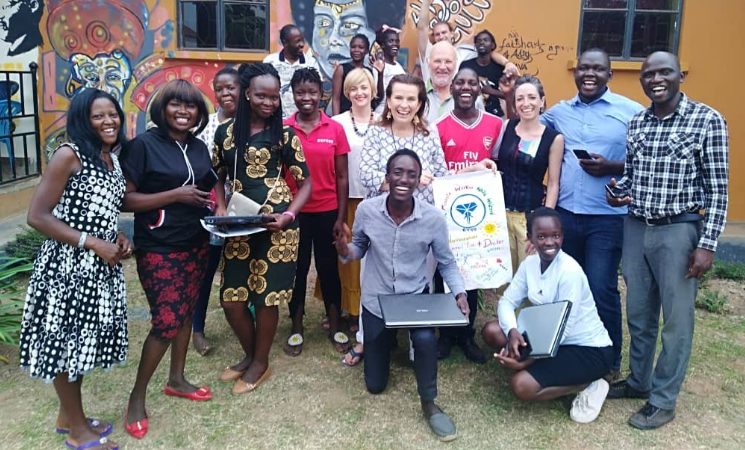 An essential part of the GYCO program is the coach training for the GYCO team on site. When 2018 Carmel Lee Paul, an experienced coaching expert, was asked to support GYCO, she did not hesitate and travelled to Gulu, Northern Uganda, to meet the GYCO team in person. There she immediately realized: Yes, she would like to support these committed young adults to develop themselves and to accompany other young men and women in the “motivating – inspiring – transforming” vision. Carmel Lee started to tirelessly activate her coaching network. At a worldwide conference of Erickson International, an international coaching training provider, she presented GYCO and the coaching project. Coaching colleagues from all over Europe then contacted her to participate in the program. She also received support from two Coaches from the German network elccon and was able to put together a training curriculum for the team in Gulu.

Last year and at the beginning of this year, experienced German coaches Christiane Windhausen and Melanie Lüninghöner started with a week specifically focused on working with emotions and trauma, an important skill for the post-war generation. Erickson Coach Trainers Asta Blazinskiene and Inga Yashina then taught the Parent as Coach Training, and then their coaching colleagues Miglena Doneva and Moera Saule conducted the Erickson Coaching Training “The Art and Science of Coaching (TASC)” curriculum in a total of four sessions, each lasting four days as well as three days of drawing and scribing by Inga Yashina to some 20 young people at GYCO in Gulu. The coaches worked on a pro bono basis, with travel costs partly financed by donations.

The training does more than just promote the personal development of each individual. The GYCO team can also leverage the coaching instruments to support other young adults in their own personal development. The participants received their Erickson certification, and some will also continue work in order to be certified by the International Coaching Federation (ICF).

This is particularly crucial for the further development of the GYCO Art & Education Center, so that it can establish itself as a recognized educational institution – and one that will be self-financed one day and thus no longer dependent on donations from abroad.

“It was just wonderful to see how the young people in the training program worked on themselves and are now also capable of supporting other young people in their personal development efforts. We can achieve a change of mindset. In turn, this will have a positive impact on the country’s development,” says Carmel Lee Paul.

At the Art and Education Center, experienced international artists and curators share their expertise and technical knowledge with local artists.

The GYCO Art Board has already discovered several talented artists whose works have been successfully exhibited and sold in Austria.

GYCO would like to develop a hub for Ugandan art as a new market for contemporary art to revive the region and attract more artists and interest from international investors and supporters.

Africa is currently the focus of donor countries. Migration has to be stopped and self-determination promoted while democratization and human needs to be established. African culture is to be brought into the public perception as an independent stylistic position of art.

The art trading company Artcare in Vienna supports GYCO by offering selected works by young artists from Gulu for sale on the company’s online platform. 50% of the sale go to GYCO and 50% to the artist. Artcare only retains any costs for shipping the artwork to the buyer.